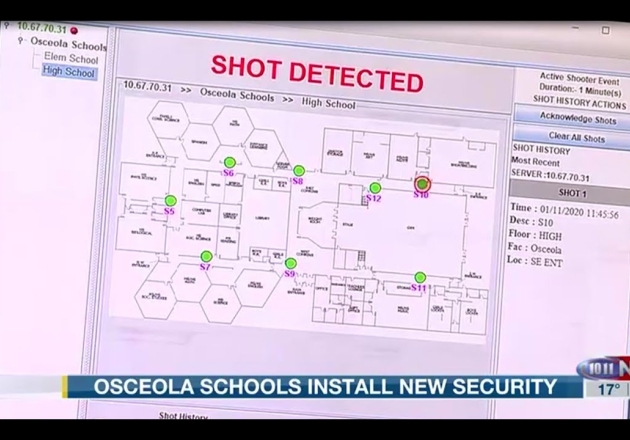 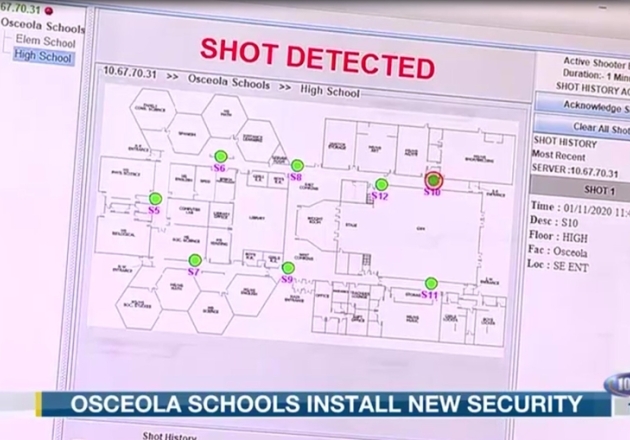 This article originally appeared in 1011 News.

LINCOLN, Neb. (KOLN) - A school shooting is a situation no district ever wants to see. But if it does happen, the administration wants to be prepared. That's the case at Osceola High School, where safety is their primary concern.

Osceola is small-town Nebraska. The high school and elementary school sit on the top of the hill. This morning, gunshots echoed through the hallways as they tested their new security system from Electronic Contracting Company.

The demonstration was a surreal scene. A gunman entered the painted cinder-block halls of the school and began firing. Dust fell from the ceiling and doors began to close as the alarm system immediately started to scream as their school went into lock-down.

The new 8-sensor system cost the school thousands of dollars; but was funded by bond votes and grants. The sensors tell law enforcement officials, staff, and administration where the gun went off.

"We don't want these things to happen in a small rural school, I pray that they never do. I pray we never have to use this, but it's a reality of the world we live in," said Rinehart.

It's one way small-town USA is focusing in on being safe and prepared.

"Nobody expects little Osceola to have a system like this," said Polk County Sheriff Dwaine Ladwig. "I think everybody ought to look into this system with the way things are happening now in other states."

Osceola schools are the only ones in Polk County with a system like this. Ladwig hopes others will soon follow suit. Preparedness, he said, is the key to staying alive. Matt Thorne, the Executive Vice President at Electronic Contracting Company agrees.

A school shooter is now a situation Osceola schools are prepared for, but hope never happens. Said Rinehart:

"It's still frightening to think that it could happen, but the information that we're getting here from the system we showed you today, is very valuable."